SPARKS, Md. — Today, the 24-player U.S. women’s national team departs for a week-long tour in England, where Team USA will compete against England’s development and senior squads, plus Germany, Scotland, and Wales.

Following the tour, a three-day tryout will take place August 5-7 at the national team training center at US Lacrosse headquarters in Sparks, Md., when approximately 36 players will be selected for the U.S. team. After another fall training weekend, the roster will be cut to 24 again to train in the lead-up to the 2017 Federation of International Lacrosse (FIL) Women’s World Cup in Guildford, England. Ultimately, 18 players, plus two alternates, selected in January, will represent the U.S. as the team goes for a third consecutive and eighth overall world title.

Team USA coach Ricky Fried caught up with Lacrosse Magazine to chat about his expectations for the trip.

What are your goals for this foreign tour?

One, simply, we’re going to be where the World Cup is, so it gives us a comfort level and a lay of the land logistically. The core players that will be on the World Cup team, they’ve been there. They’ve stayed in the same place they’re going to stay, probably been to some of the same restaurants we’re going to eat at, played on the same fields, so there’s a familiarity.

That’s one of the big advantages for us as a staff, really looking to see which combinations play well together. We’re together for weekends at a time. Now, we’re going to be together for a week at a time, so it’s going to give us a better insight as to who can deal with each other on and off the field for an extended period of time. We have a plethora of talent, so it’s not really a talent piece for us. It’s the other pieces of putting a team together that really become important for us as a staff.

Then there’s the lacrosse part of it on the field. Who compliments each other with how we play? Who plays well with others while still being very good? They’re all really good.

Team USA is the two-time defending World Cup champion, but its competition is on the rise.

Absolutely. I think England’s preparing both physically and tactically. They’ve seemed to have gotten better. I know Australia and Canada are going to be very strong. I think each year, in a positive way, there’s more and more competition, so we can’t make the assumption that we’re going to go in and do what we did last time. We’ll let that happen because of the way we worked and prepared. We have to focus on what we’re doing while embracing that competition piece.

Yes, I would think so. I haven’t seen Scotland or Wales, but typically or historically, that has been the case, so we would think that would be the case again. … England historically is very athletic, extremely fast and fit. Adding a Megan Whittle to the team only makes them faster. It adds a skill level that they haven’t had in a goal scorer at that level. Clearly, she’s going to be a very dangerous player. I think she makes them better by virtue of her abilities. It’s going to be great for us to see how they’re playing because I imagine, tactically, they’re going to change a little bit based on new personnel.

How are you approaching each opponent on this tour?

To be honest, it’s more about what we want to accomplish. I know that’s a little cliché, but it really is. We’re not going to prepare now. We don’t have rosters set for each of those teams. We’ll play 18 for each half, which is what we’re used to. The second half of each game, not a whole new 18, but there will be different combinations that we put together, so we do get to evaluate who plays well together.

What are the goals for Team USA’s offense, midfield and defense?

Offensively, the biggest goal for us is having players understand that we want them to be dynamic and create opportunities for ourselves and/or others, while also playing within the system that we play. Sometimes, that’s challenging. They want to do just what we ask them to do and then they’re not as dynamic, so we want to balance those two things on the offensive end. We don’t want to take away the natural abilities of any of them, like a Kayla Treanor or Michelle Tumolo. We want that dynamic ability to be there, but we also want them to be able to play as a unit of seven down there as we’re moving forward. That’s going to be a big thing for the attack, but also riding is always a constant for us in who’s going to have the ability and the desire to ride and play at that same pace.

Midfield-wise, I think the biggest challenge is, as always, playing both ends of the field at a really high pace, so fitness is going to be at a premium for our middies. They’re really the glue that keeps everything together. They’re unselfish players. There were games last time where Tewaaraton winners weren’t taking shots, but they were picking up ground balls and moving it to the right place. [We want] players that are going to be able to put their individual goals aside and play at a really high level on both offensive and defensive ends, while maintaining the pace we want to play at.

Then defensively, making sure that not only are we dictating the pace on that end by having our high pressure out there, but being under control. When we do get the opportunity, we’re clearing the ball successfully and pushing the ball to the offensive end and really not allowing the opponent to get a rest. That’s been the key to our success, really. We’re talented, but we’re able to overwhelm people, frankly, athletically, with our skill or with our intelligence. Doing all of those things instead of one of those things makes the difference between us and some others right now.

Who are Team USA’s leaders at each position?

Then, on the offensive end, that’s really what we’re looking for. We want to find out who is going to be that person. Danielle Etrasco is the only one returning from the last World Cup, but she has been more of an off-ball player, so it’s kind of hard to be that leader without the ball. One of the things we’ll be looking for while we’re over in England is who takes over that role, but in a way that is organic, as opposed to us just telling somebody you’re going to be the leader. It usually doesn’t work when we’re dictating that.

Twenty of the 24-player foreign tour roster currently compete in the UWLX. How has the league helped their development?

One, they have their sticks in their hands and they’re playing. So fitness-wise, skill-wise, it’s great. Competitively, it’s great. They’re only doing it because they love playing the game. I can’t honestly think of any negatives. It’s super positive for us and we’re excited that they have that opportunity as well presented to them this year, which everybody is embracing.

What has stood out to you among Team USA players who now also play professionally?

They’ll fall into a leadership role really quickly because some people will look to them. I think that’s going to be the biggest thing. But just having the opportunity to play for players that don’t coach and are now playing, they wouldn’t have a stick in their hand. They’d be conditioning, but it’s different to condition than it is to run up and down the field. That’s going to be a huge benefit – and just the natural competition. They thrive in that environment. I think that’s what possibly led some people to want to come out again. They got a little taste of that and said, “You know what? I do miss this. This is something I want to pursue.”

I would hope so, frankly. It acts as a training ground. It promotes them playing and competing on a regular basis. If you’re going to stay in that, obviously, you’re going to want to represent your country at some point. That would be the next obvious step.

Do you think the game is faster in the UWLX?

Yes! The rule changes are very exciting from my perspective. It’ll be interesting to see how that impacts the collegiate game. I don’t think we’ll go to 10 players on the field, but the free movement – we have fast starts – but this was even faster. All of those things are super positive for the game. It takes the best from the traditional women’s game and some of the best from other sports and promotes an even faster game than what it already was. These are obviously pretty skilled players that are out there, or the most skilled players, and to watch them at that level is exciting, both athletically and skill-wise.

Do those rule changes help Team USA players on an international level?

I think it will, and I think it will for the international teams. I know right now, at least that I can think of off the top of my head, Crysti Foote (Canada) and Dana Dobbie (Canada), are still playing from the pro league. It’s going to help everybody raise their level and that’s a positive for the sport as a whole.

You mentioned the core players who will play in the World Cup next summer are part of this 24-player foreign tour roster, but there’s another tryout in August. What could change between now and then?

I would always say that probably all of the 18 would come from this, but I’ve learned from the past two tours that that’s not always the case. Each of the past two tours, players who have gone with us on the tour haven’t even been on the team the following year in the 36, much less part of the 18. I think that’s part of the challenge for us as a staff to focus on what we have, but to keep an open mind about what might happen in August at the next tryout. I know there will be a core of players from this group that will represent us at the World Cup in 2017, but we don’t know where people go with jobs, who’ll have injuries, or … start to plan families. There’s a lot of influences that we can’t control as we move forward as well.

How will the team dynamic change if new players are added to the roster after August?

That’s why we end up selecting who we select from this group because we know how they’ll bring in other people as well, how they react to the current group, but also, as veterans or rookies depending on who they are, how they interact and their demeanor because they can’t control who they’re going to play with. Do they treat everyone similarly in the sense of what the expectation and standard is for our program, and expect that out of everybody? Those are the things that we look for as we go forward. 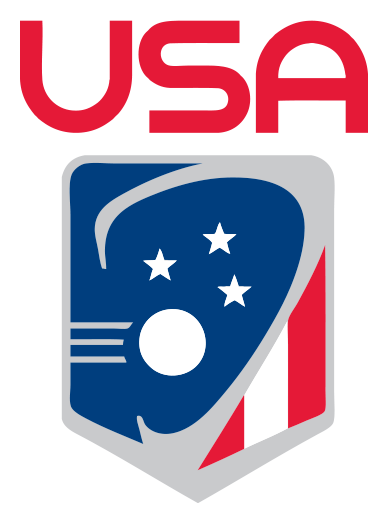 No Replies to "USA Women Set for Foreign Tour"