There are a lot of coaches that know the X’s and O’s of the game, but for youth sports coaches, that’s at best a starting point. If you want to be a successful youth coach, you need to keep your players engaged, and you need to pay attention to the signals your team is taking from you. Here are six do’s and don’ts that youth coaches should keep in mind.

1. Do: Have a Plan for Practice

Most youth coaches have real jobs, chores at home and other responsibilities weighing on their minds. Just getting to practice on time can be a tough task. But you owe it to your team to spend some time preparing for each practice session.

Sometimes you need to focus on a specific thing that doesn’t apply to all of the players, but that doesn’t mean those players need to just stand around. Find something they can work on while you hit your focus area. Kids also get bored doing the same thing from practice to practice. You never want to stop working on the fundamentals, but there are many different ways to go about it while keeping things fresh for your players.

Check out the US Lacrosse Mobile Coach for sample practice plans and drills to help you with your planning. It’s free for US Lacrosse members.

It’s easy to say you won’t yell at a kid for making a physical mistake, but it’s much harder to bite your tongue in a game setting. A kid that does everything right to get to the right position at the right time but fails to make the play is rarely going to respond positively to a coach yelling at them. They already know they messed up. There’s no quicker way to send them in to shutdown mode than yelling at them.

3. Do: Anticipate What’s Going to Happen

Almost any coach can tell someone what they did right or wrong after the play. A great coach anticipates what’s coming down the pike and offers advice to players to put them in position for success BEFORE the play happens.

4. Don’t: Recreate the Wheel on Gameday

You have a player that has bad mechanics on their shot. You’re in the middle of the game and they fail to convert because of those mechanics. You want desperately to fix it on the spot because you’re so frustrated, but gameday isn’t the time and place for those fixes.

Practice is the time and place to work on the mechanics. You can break things down in specific drills, and have them work on it on their own time so that the muscle memory is there when they step on the field. You can certainly make minor tweaks to a player that understands their mechanics on game day, but too often coaches want to start from scratch in the heat of the moment.

5. Do: Respect Your Opponent

Obviously, you should always treat your opponent with respect, but I’m talking about this more from a competitive standpoint. I’ve seen too many coaches set their teams up for failure because they don’t respect the ability of their opponents. They try to “get away” with things because they think an opponent won’t be able to handle something. Part of good coaching is testing things to see what works, but you don’t want to give up easy goals and possessions because of a lack of regard for your opponents.

Things are going to go wrong during a game. Your players are going to mess up, officials are going to miss calls, balls are going to bounce the wrong way, and the other team is going to make great plays. In the middle of that, you are the leader for your players. You can’t sulk and show your frustration. Your team is looking for positive energy and you need to show them that you believe in them.

Brian Logue is the director of communications for US Lacrosse. He has coached a variety of youth sports for boys and girls over the last decade. 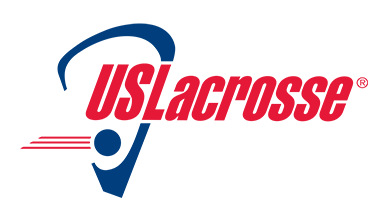 The Whys of Multisport Participation

No Replies to "Six Do's and Don'ts for Youth Coaches"