Get on the Bus: Michigan High School Coaches Bound for LaxCon

I spoke with Duke men’s lacrosse coach John Danowski, to confirm his interest in speaking at the 2016 US Lacrosse Convention and finalize his clinic for 5:30 p.m. Friday, Jan. 23, at the Baltimore Convention Center.

I couldn’t finish thanking him before he said, “I love your event. The audience is so eager to learn.”

Coaches and officials from Michigan represent the latest proof of LaxCon’s appeal as the sport’s largest educational event. Less than two weeks after Clark Bell, president of the Michigan Chapter of US Lacrosse, and Jim Carl, president of the Michigan High School Lacrosse Coaches Association, posted on the chapter’s website notice of a free bus trip from the Great Lakes State to Baltimore for convention attendees, half of the 55 seats had been reserved.

“I expect it will fill up,” Bell, an active official, said. “Road trips are a blast. Friends will be made. And I think any meeting of lacrosse people is always a good time.”

“I’ve watched every presentation from every convention I’ve been to,” Carl said, referring to the online library of all sessions that comes free with convention registration. “I’ve never seen a bad speaker. Even lesser-known small-college coaches, I’ve learned a boatload from them.”

Carl started at Gabriel Richard sans assistant coaches and a junior varsity team. As the popularity of the sport grew, more kids became involved, and he began hiring former players as assistant coaches — with a condition. Having recognized the need for more coaches to proceed through the US Lacrosse Coaching Education Program as he did, Carl required assistants either to attend LaxCon or to work their way through the formal program, for which he would pay.

“The best for me was last year, when my whole staff went. We all piled in a car. We spent the evenings together at a bar, planning out our season. We were light years ahead of where we were in previous years,” Carl said.

The results showed. Gabriel Richard finished 2015 with a 16-4 record, by far the program’s best in 10 years according to LaxPower. The campaign included an overtime win over De La Salle, which had been a thorn in the side of the Fighting Irish in previous postseason encounters.

Serving as the website coordinator for the Michigan Chapter, Carl would participate in chapter leadership meetings and conference calls, many of which included how to bring more US Lacrosse coaching clinics to the state.

“I wondered why we were trying to schedule clinics here in different parts of the state,” Carl said. “I said let’s get our coaches on a bus to the convention — they do all the clinics there. It can’t not benefit coaches.”

Bell said the Michigan Chapter is paying for the bus this year, which will leave at 4 p.m. Thursday, Jan. 22, from a location to be determined. Assuming a success, the chapter will repeat the bus trip next year, though likely have to scale back its financial contribution.

“Once they go, they’ll see all the idea sharing and will bring a lot of that knowledge back. And they’ll have a good time,” Bell said.

Carl’s favorite speaker over the years?

“Each of his presentations has been impactful,” Carl said. “He practices what he preaches.” 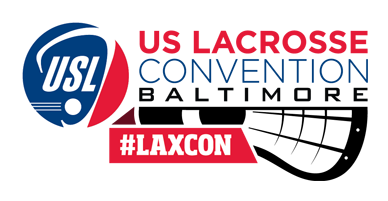 Members can register for the US Lacrosse Convention and Fan Fest for just $ 90 through Nov. 30, a savings of more than 40 percent vs. walk-up pricing. LaxCon hits Baltimore Jan. 22-24, 2016.

What If We Just Played Youth Lacrosse For Fun?

How to Navigate the College Lacrosse Camp Matrix

No Replies to "Get on the Bus: Michigan High School Coaches Bound for LaxCon"